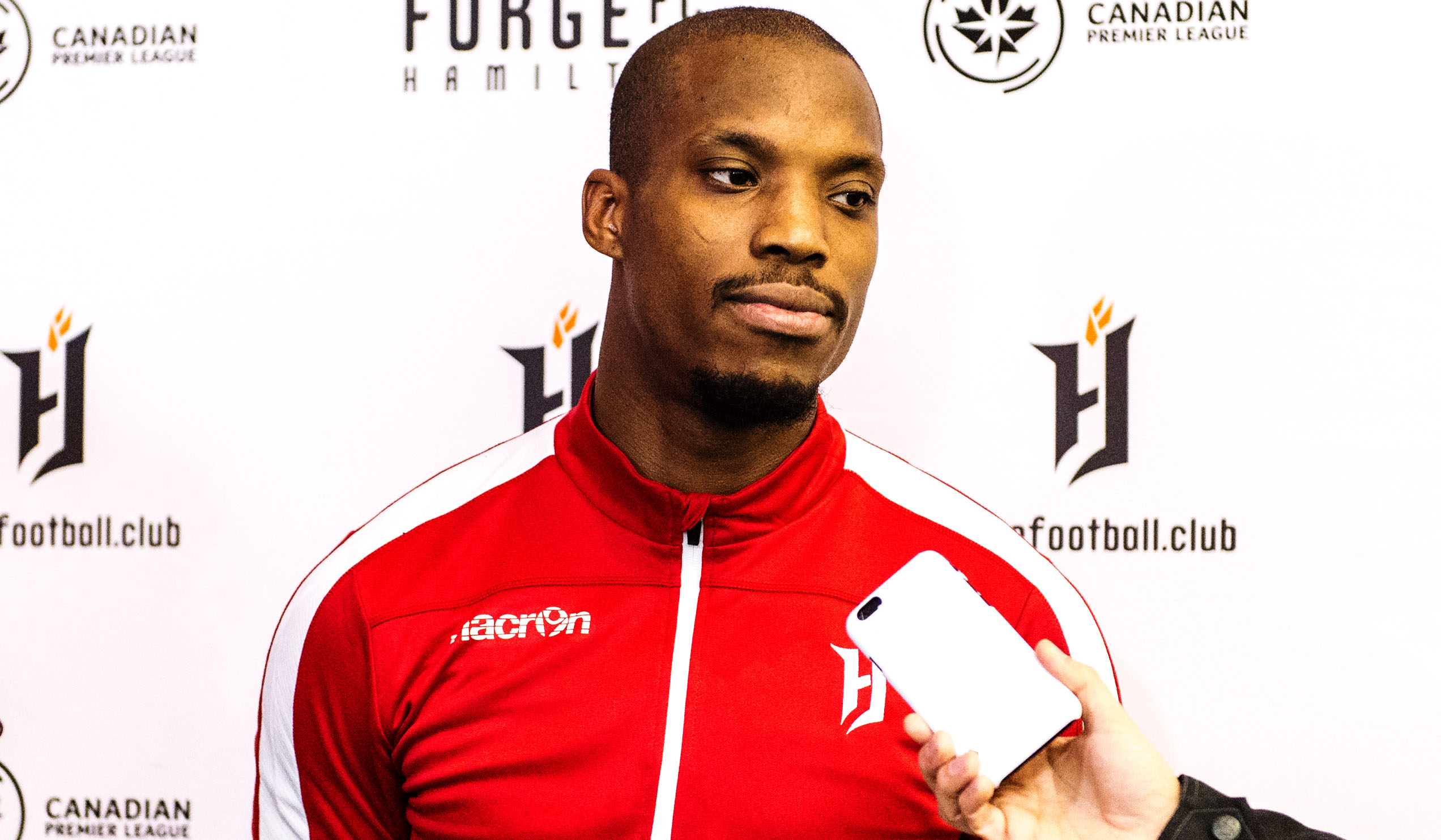 One of the many fascinating angles to track over the months as the squads for the inaugural season of the Canadian Premier League have been built is who would end up where.

Issey Nakajima-Farran went where? Marcel de Jong too? Where did Mason Trafford go? What about Skylar Thomas? Who is going to get Michael Cox? Zachary Sukunda? Randy Edwini-Bonsu, eh?

Forge FC scored a coup in that regard last week when the club announced that goalkeeper Quillan Roberts had been signed.

Roberts, 24, had come through the Toronto FC Academy and earned notoriety for both the early praised he earned from his head coaches and for an astounding goal he scored in the 2011 FIFA U-17 World Cup. With that goal, Roberts rose to international prominence as his fortuitous effort against England saw a goal kick bounce over the head of Jordan Pickford in the opposite goal.

Soon after, Roberts signed with the Toronto FC first team, spending time on loan in USL, before departing at the end of the 2016 season. He split 2017 between York University and the Woodbridge Strikers in League1 Ontario and come 2018 he joined LAFC as they played their first season in MLS.

But for many onlookers, Roberts represented the sort of player whose potential remained untapped.

Now? He’ll have a chance to let his star shine, as it were.

“I’m excited to get everything started,” Roberts told CanPL.ca on Tuesday after the club’s first preseason training session. “I’ve been keeping a close track on the league and everything going on.”

Roberts comes into a Forge team built around several players like him – and he reunites with his Toronto FC teammate Kyle Bekker, too.

“He’s a quality goalkeeper, who has shown his ability in the past,” Forge coach Bobby Smyrniotis said of Roberts. “He brings good experience, good professionalism to the squad. We’re looking forward to it.”

A self-admitted foodie, who loves to try new things and cook – he can be caught in the kitchen wherever he may be – Roberts has been reacquainting himself with the wonders of the land of poutine since coming home.

For him, a similar element of familiarity helped seal the deal with Smyrniotis and Forge.

“I got to work with Bobby in the League1 All-Star Game, got to know what he wants, his style,” he explained. Same goes with several of his teammates, whether with the national team or at TFC.

But there was more to it than that.

“It’s been a long hard career so far, trying to get minutes and find a place to play, a home,” Roberts said of his wanderings. “It does get frustrating, I’m not going to lie.”

“Everybody wants that stability, wants to know what is going on in their life. That’s part of the career, nothing comes easy, you fight your way through,” he continued. “I’ve kept my head down and it’s brought me here. It’s good to be back, be part of the first season, and forge our way through.”

Smryniotis described it as “a good fit” for both parties having had initial conversations about the project in Hamilton.

“The one thing players know in my environment, that I make clear, is you will develop every day. We will stop developing when we die, as players and everything,” said Smyrniotis. “We make sure these guys push themselves every single day, breaking their ceiling as players and moving to a next level of play every week. That’s part of my model as a coach.”

But nothing is ever guaranteed.

“You never know,” Roberts cautioned. “Going into preseason nobody is number one, we’re all fighting for that spot. Everybody on the field is quality, has that starting mentality, wants to start.”

Alongside Triston Henry, who signed with Forge a week earlier, “[Quillan] gives us two very good goalkeepers in our squad,” Smyrniotis added. “That’s what we’re looking to do. We’re building a lot of depth at every position.”

Roberts returns from his travels wiser, and certainly more mature.

“You pick up something everywhere you go,” the 24-year-old affirmed. “You never stop learning, this game is forever changing. There is no one way, every coach is different. You pick up on things and carry them through your career. I’ve gotten tidbits from everywhere I’ve been and will keep picking things up.”

Fate can be particularly cruel to goalkeepers: Only one can ever start, substitutions are rare, positions are limited, and, like many things in life – timing can be everything.

That often cruel fact was made abundantly clear to Roberts in 2016.

TFC were playing in Orlando when starting goalkeeper Clint Irwin went down injured. Up to that point, Roberts and TFC draft pick Alex Bono had been backing up in tandem, splitting time between sitting on the bench with the first team and getting matches in USL with TFC II.

On that fated day in June, it was Bono who was in Florida, not Roberts.

Since that day, Bono has emerged as Toronto’s starting ‘keeper. The rest, as they say, is history.

But for Roberts, the silver linings are endless, too.

“Everything happens for a reason,” Roberts lamented. “Maybe I wasn’t meant to be there at that time and he got the opportunity, ran with it, won a championship; went to another [final]. To each their own: He’s a great goalkeeper, and a good guy as well. Everything comes in time.”